©Paranormal Critics 2013-2021. All rights reserved. May not be reproduced without permission of the author.

"Haunted" Church across the street,

which was built by the Cloyd family (Yes) 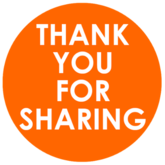 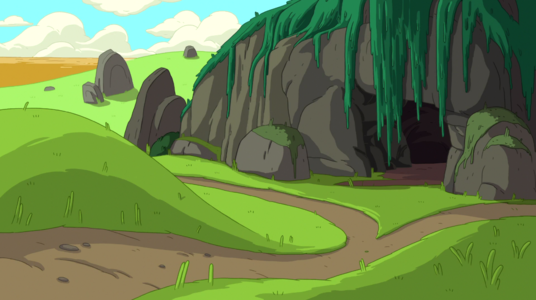 "Fun fact: I was on Ghost Adventures twice.

The Waverly Hills episode in 2010 and Secret Scientology Lab in 2016. I have a tremendous love

for this field. #GhostHunters" ~ Brandon 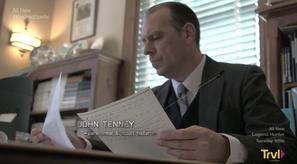 Compiled and edited by Renee

The first installment in this four-part series looks at the nation’s first modern-day paranormal investigators: Ed and Lorraine Warren. This two-hour documentary features interviews from people who worked with the couple, to their daughter: Judy Spera, and son-in-law: Tony Spera, share their stories and never-before-broadcast audio and rare videos of the Warren’s 50-year career. The most notable Warren’s paranormal case notes from pen to paper, to the big screen: Amityville Horror,

and The Conjuring franchise. These memorable stories captured our attention, and made us believe there truly is evil in this world.

If you are new to the paranormal field, or just want to learn more about this fascinating couple: Ed (demonologist) and Lorraine (clairvoyant), The Devil’s Road is a must see! This Travel Channel feature gives the audience a unique perspective on how Ed and Lorraine together devoted their lives to battling demonic forces, just because they simply wanted to help people.

Encore presentations are now airing on the Travel Channel. 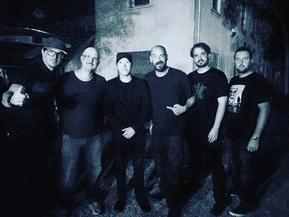 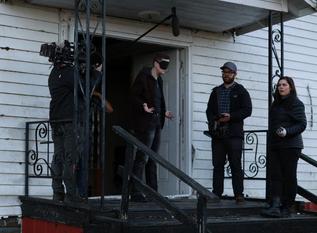 ​In my humble opinion, Portals to Hell (on the Travel Channel) is one of the most informative paranormal reality television shows on television today... below are the quotes from Bobby Mackey's Music World to help you decide, if you want to investigate this haunted attraction.

“It’s concerning to me when Laura (one of the paranormal tour guides at Bobby Mackey’s Music World) said to me, that some of the entities here follow people home, that’s my biggest fear when doing this kind of work.”~ Jack Osbourne

a portal, and that is what a portal is.” ~ Bishop James Long

“The minute, you step foot into a place, where you know it’s demonic, and

the minute you ask, “Is anyone one here and make a noise?” Now, you have invited.” ~ Bishop James Long

Katrina explains to Jack about the religious medals given to them by Bishop James Long. Here's her analogy of both sides of the coin:

“If you believe in the religious objects that were given to you – that could form some sort of protection – so, if you did technically rid of them – you would be without protection – meaning, you could be a trigger. On the flip side, they could act as a trigger, so you had them on you – you could be more a target. If we are going with the theory, I am going that if there is more of a demonic force that would react to something that is blessed by a Bishop – then these things will act as a trigger."

“Those forces that control these portals are negative.” ~ Cindy Kaza,

“That’s how they work; they (demonic) tell you little bits of truth, so you believe everything that came through.” ~ Katrina Weidman

“People have claimed that Bobby Mackey’s is literally a portal to hell and after this investigation – I would have to agree with them.” ~ Jack Osbourne

“If someone asked me my advice about investigating Bobby Mackey’s – it’s pretty simple: I would tell them not to go!" ~ Jack Osbourne 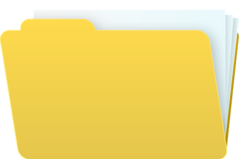 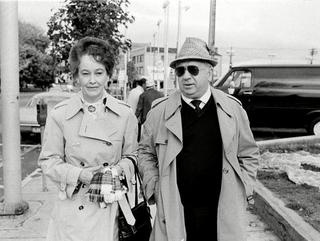 So, is Lake Shawnee really haunted? Decide for yourself.

​The abandoned amusement park has attracted ghost hunters and paranormal experts for years. In fact, Lake Shawnee ranks as one of the Travel Channel’s “Most Terrifying Places in America.”​

Although the amusement park is private property, there are regular paranormal tours throughout the year. The owners can usually make a private arrangement for you, please reach out before heading out for a visit.​  https://www.wvlakeshawnee.com​ 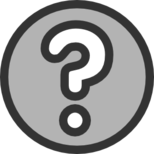 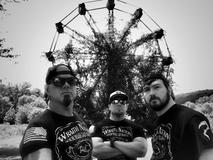 Jay, I am curious to know, why don’t you ever leave the nerve center?

“Sometime a lot of activity happens at the nerve center. #GhostAdventures”

"Folks in the paranormal field need a broader understanding of the word "demon" as well as the historical content through which it developed before tossing it blithely around. Fortunately there is a book for that... #PortalsToHell" ~ Michelle Belanger 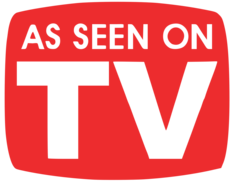 The team travelled to Tennessee to investigate a once-thriving natural springs resort where guests fall victim to the deadly waters; a recent flare up of paranormal activity could be the sign that a dark force has checked into the Century-old hotel.

"It is with great pleasure sharing paranormal news with you!" ~Renee 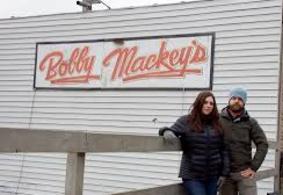 "It is not human, or demonic... it is of the wild land. It is an elemental." ~ Michelle Belanger

Is It Real By Renee

"... you, and everyone else, do not need to be on television to be amazing!" ~ Dustin Pari

"I don't like seeing myself on television, it's like listening to my voice on tape; but I don't have any problems with this shot. #KindredSpirits" ~ John Tenney

"Demonic activity is not common. There is not a demon on every block, in every other house.

4 years, I was on the road investigating, looking for "stuff"... not one "demonic" experience. Some of these shows are absolute BS! #GhostHunters fame" ~ Kris Williams 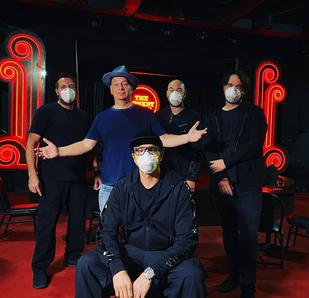 8433 West Sunset Blvd is a legendary address. It is the home of The Comedy Store, the greatest stand-up comedy club in the world. With that being said, Roast Master General, Jeff Ross, took to this famous stage to roast lead investigator, Zak Bagans.
He asked the spectators comprised of the Ghost Adventures crew, “How do you become a ghost hunter?” There was dead silence amongst the crew. Jeff continued on with his stand-up routine, “What community college do you have to flunk out of to be a ghost hunter?” At that point, the team just laughed off his jokes, so they could get back to work documenting their experience at The Comedy Store.

“I never expected a place where you come to laugh at the funniest people alive and dead would be haunted to this degree effect every single person that I interviewed – including famous comedians.” – Zak

Editorial comment: when it was Aaron’s turn to debut his comedy on the famous stage. He told a joke about changing a lightbulb.

Of course, no one in the audience laughed. Nonetheless, Aaron’s reply was spot on, “At least the ghost got the joke.”

To hear this ghostly EVP tune-in to season twenty-four; episode, four – trust me, this piece of evidence will definitely mess with your mind!

"Shout out to the people who watch ghost shows just to pick them apart.

We love you! Because, hey, at least you're watching! #KindedSpirits" ~ Amy Bruni